People who put their relationships above everything else really chap our hide. This is the story of a woman who decided that she was going to move to be closer to her boyfriend. Understandable enough.

His strength and determination are truly remarkable.

However, it is the way that she went about this task that is truly abominable. When it was time to discard her possessions and move on, she “forgot” one of the most important things of all: her dog!

Posted by Humane Society of Westmoreland County on Wednesday, May 6, 2015

How people can leave their animals behind like this baffles us. A dog does not understand your relationship. Nicole Baker had a young dog to look after but it did not matter to her.

Posted by Humane Society of Westmoreland County on Wednesday, November 5, 2014

Her own wants superseded the dog’s and she did not do right by her whatsoever. Instead of taking the dog to a shelter, she elected to toss her in the trash without so much as a second thought.

Nathan Binnie is the garbage collector in this neighborhood. He came across the sad animal a few days later. He could scarcely believe his eyes. She was clearly emaciated and was not long for this world. The animal’s resilience was stunning to him. “It was just horrific,” said the man.

Remember Fawna? Fawna was found in a garbage can. This is Fawna today playing in the yard.

Posted by Humane Society of Westmoreland County on Wednesday, May 6, 2015

He was flabbergasted by what he had seen and we can’t blame him. We do not understand what makes people think these types of behaviors acceptable. The dog could not keep herself warm. She was unable to stop herself from shaking and shivering. She simply didn’t have the necessary body fat to stay comfortable. In Binnie’s eyes, this is unacceptable.

Fawna appears to be singing as she thanks Officer Jan Dillon for her day in court. New Owner Megan stands by to take her dog home. Justice for Fawna.

Posted by Humane Society of Westmoreland County on Wednesday, January 21, 2015

He went on to say that he considers animals to be the same as humans. In other words, we all deserve the chance to enjoy a decent life. The Humane Society of Westmoreland County was contacted. They arrived to pick up the dog and she has since been renamed Fawna. Her old mother had named her Mia but it was time for a brand new moniker!

Posted by Humane Society of Westmoreland County on Wednesday, November 5, 2014

Without Nathan’s help, we are unsure what would have happened. She likely would have passed away inside of the trash can. Nicole was found guilty of her crime and convicted of disorderly conduct. She was also ordered to pay a $600 fine. Fortunately, Fawna’s condition did not take long to improve. She is also participating in Humane Society fundraising events while she waits for a forever home to call her own. Please pass this story along!

Fawna wants to thank everyone for coming to the Have a Heart, Pasta Palooza 2015. We had over 350 people and many…

Posted by Humane Society of Westmoreland County on Tuesday, February 17, 2015 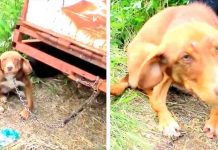 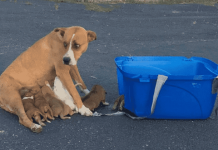 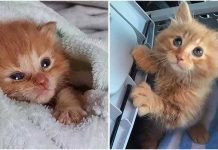 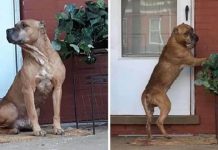 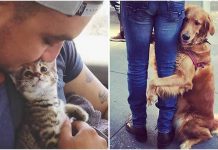 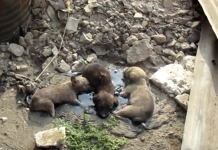