When we decide to adopt a dog from a shelter or rescue group, we are doing a wonderful thing to help homeless pets everywhere. However, we don’t really think about the feelings of a mother dog as she sees her pups get adopted off one by one.

Recently, our hearts were broken when we witnessed a mixed-breed mother dog in the Henan Province of China running into the street to give her pup the last kiss before sending the pup off with its new owner. 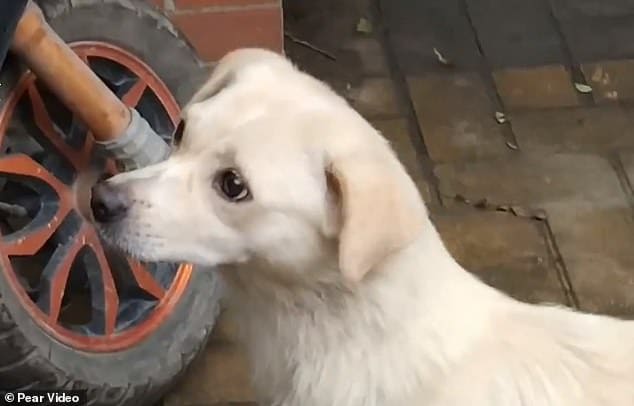 The mom dog was a pregnant stray who was rescued and was under the care of students at Zhengzhou University in Henan province. She had given birth to a litter of seven puppies and their birth was surely a priceless gift for her. So, when the pups were ready to adopt, the mother was heartbroken. 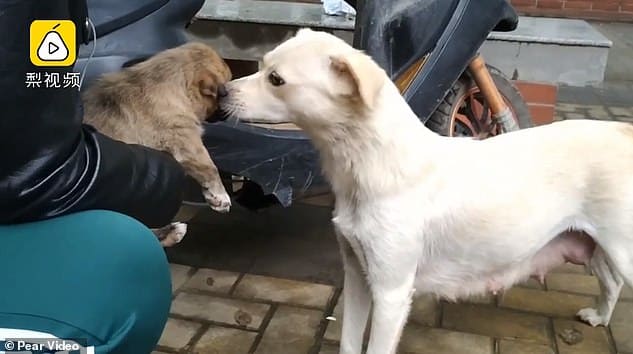 She was forced to say goodbye to her puppies because she knew that was the best choice for them. She ran out to give her last pup a final kiss goodbye. It’s a real moment shared between the two. 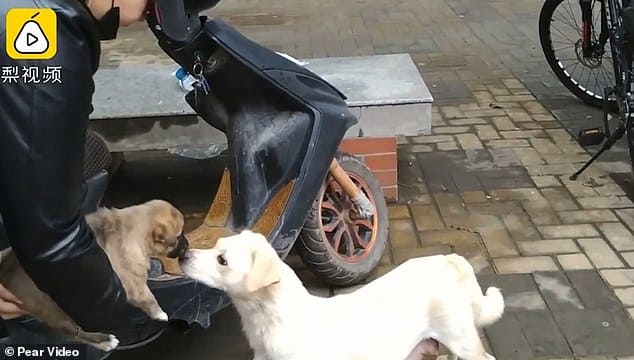 As you can see in the video, the new owner lowered the small pooch to its mother, who licked its face and kissed it goodbye. ‘Don’t worry, I will take good care of your puppy,’ the owner said.

Please share to pass on this video to a friend or family member! 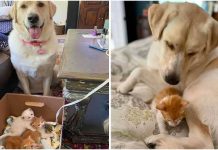 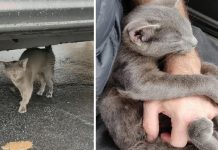 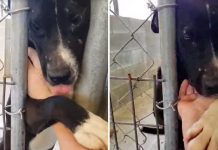