For shelter dogs, even the smallest gifts can make a big difference. They come from nothing and live their lives in confined spaces, so having any possessions to call their own can mean the world to them.

That was the case for one sweet shelter dog, who’s life was changed by a simple thing we all take for granted: his own bed.

Last September, a dog named Ezra was brought to Fairfield County Animal Control in Winnsboro, South Carolina. He was scared and unsocialized.

“He was so shut down he would not leave his kennel for anything,” the shelter wrote on Facebook.

They said that in many cases a dog like Ezra, 1.5 years old at intake, would’ve been put to sleep for being so inactive.

But through hard work over five months, they worked to build his confidence and become comfortable around people.

Eventually they were able to get him out of his shell, and last month finally got some fresh air and went for a walk outside!

It was the start of a huge breakthrough for Ezra.

“He is full of wiggles and bounce anytime he sees us approaching, eager to say ‘hello’ and eager to give us kisses,” rescue coordinator Samira Yaghi told The Dodo.

But on the way to one walk, the shelter found something that really boosted the dog’s spirits.

Several dog beds had been donated to the shelter and were sitting by the doorway. Ezra was immediately drawn to the beds and laid down on one of them—he made himself so comfortable that he had to be coaxed away for his walk.

But he was determined—on the way back, he went right back to the same bed… so the shelter decided to just put it in his kennel!

Ezra looks so happy in his own bed—the simple gift that cheered him up after all he’s gone through.

“How the smallest things can mean so much to a shelter dog,” the shelter wrote on Facebook. “He sat nice and tall with a smile of gratitude on his face!”

The shelter was running low on space and resources to help Ezra and had been looking for a rescue to take him in and further his progress. Luckily, a rescue has now taken him in, and now he’s on to the next phase of his life before hopefully finding a forever home.

And we hope he’ll take his beloved dog bed with him!

It goes to show how the little things can really make a big difference in a shelter dog’s life, and how appreciative they are of a little love. 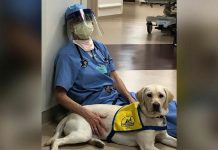 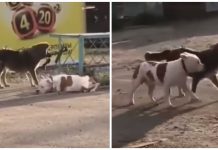 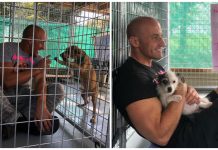 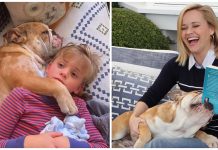 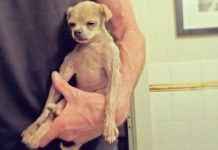 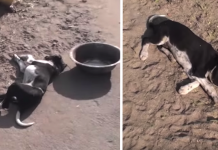 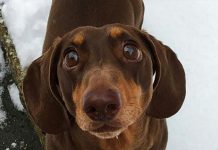 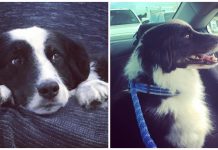 Owners abandon old dog after getting a new puppy, but he finds a new family to love him forever 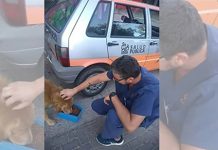