A tiny kitten named Blaze was pulled from the Sepulveda Basin wildfire and then was taken to the East Valley Animal Shelter. However, the shelter couldn’t care for her as she needed to have round the clock care. That’s when The Little Angels Project in Angora Hills stepped in and opened their hearts to the poor girl. Thanks to the amazing efforts of The Little Angels Project, the sweet baby would never be on the streets, homeless again. 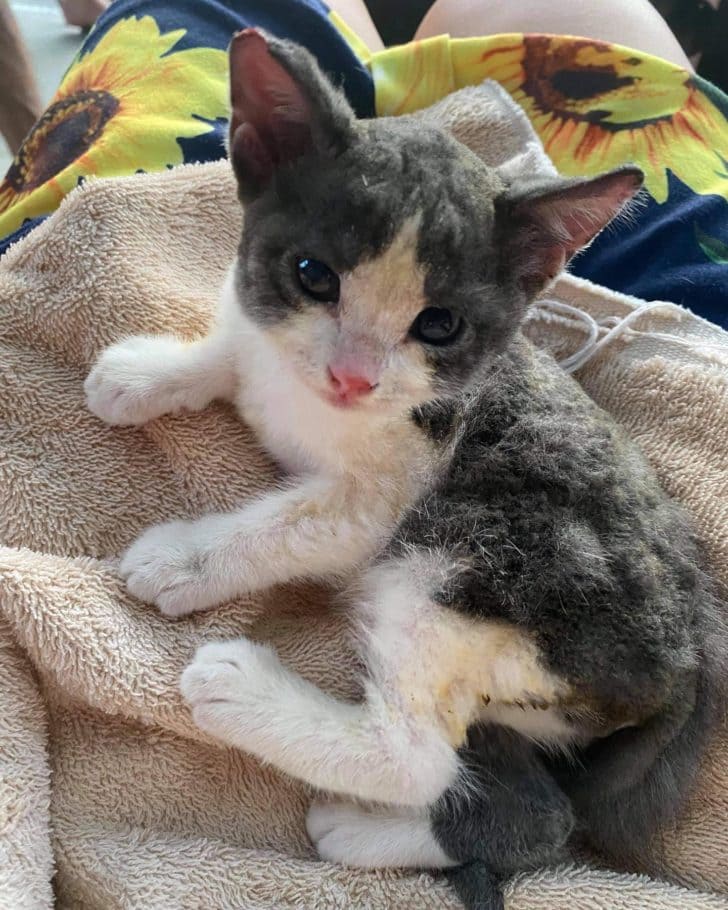 “Our Mission is to reduce euthanasia rates of domestic and exotic animals with advanced medical needs, throughout Los Angeles County and surrounding areas. [By] providing surgical and medical treatment and aid both domestic and exotic animals from rescue facilities and sanctuaries. We lead education efforts while encouraging other veterinary facilities to follow suit in their communities.” 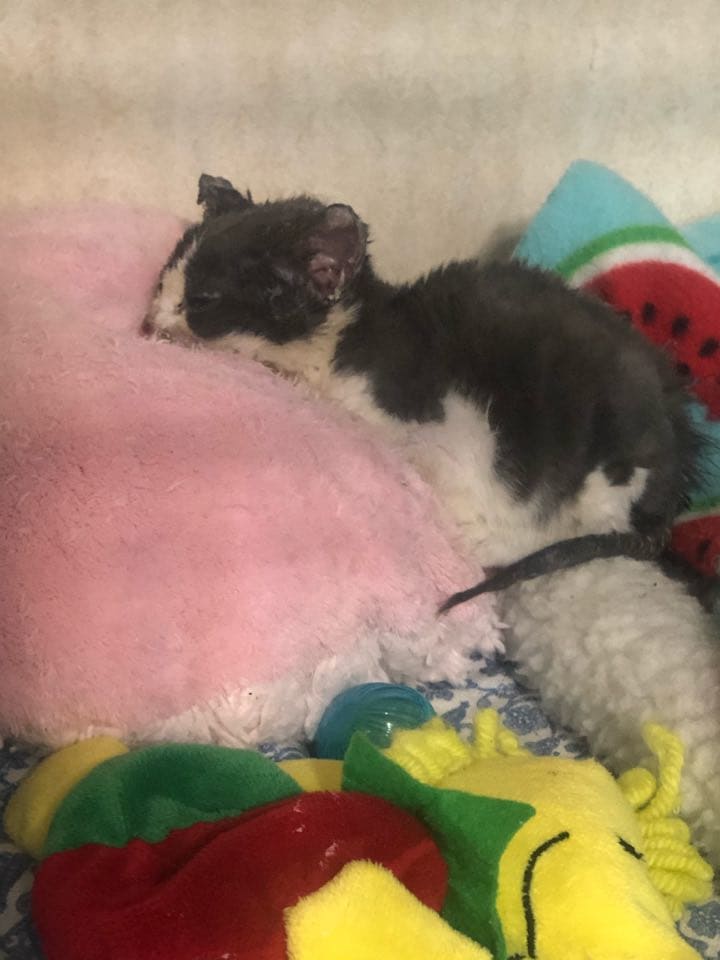 Blaze was only about 5 weeks old and weighed approximately a pound. At this point, she had to learn how to eat solid foods and play.

“We can’t imagine how terrified this baby kitten must have been as she saw the aggressive flames of the Sepulveda Basin Fire racing towards her. This helpless baby’s chances of survival were slim to none. 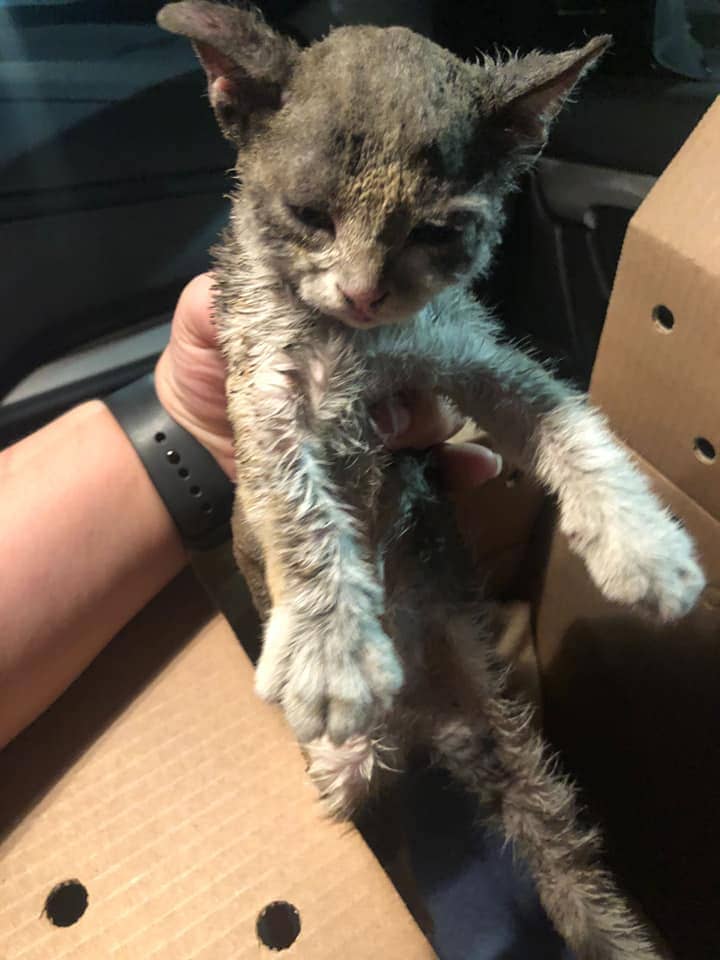 “We are so grateful for whoever spotted this baby just in time and brought her into the shelter. Unfortunately, the fires had already reached her leaving her body extremely burned and spirits low.”

“Her ears were burned and started to fall off due to the dead tissue build up, as well as her back leg and tail. Although you can’t tell, Blaze is a long haired kitten but the burns have singed her fur down to almost nothing!”

After only a day in their care and love, Blaze felt better and healthier. And by that evening, they were happy to share her recovery progress on their Facebook page.

“Blaze update! Considering all she’s gone through, she is doing very well. As of now, her lungs are clear and her heart sounds good. Her ears are burned and some has already started to fall off due to dead tissue. She may lose more of her ears as heals. She has a sweet disposition and we love her so much already!” 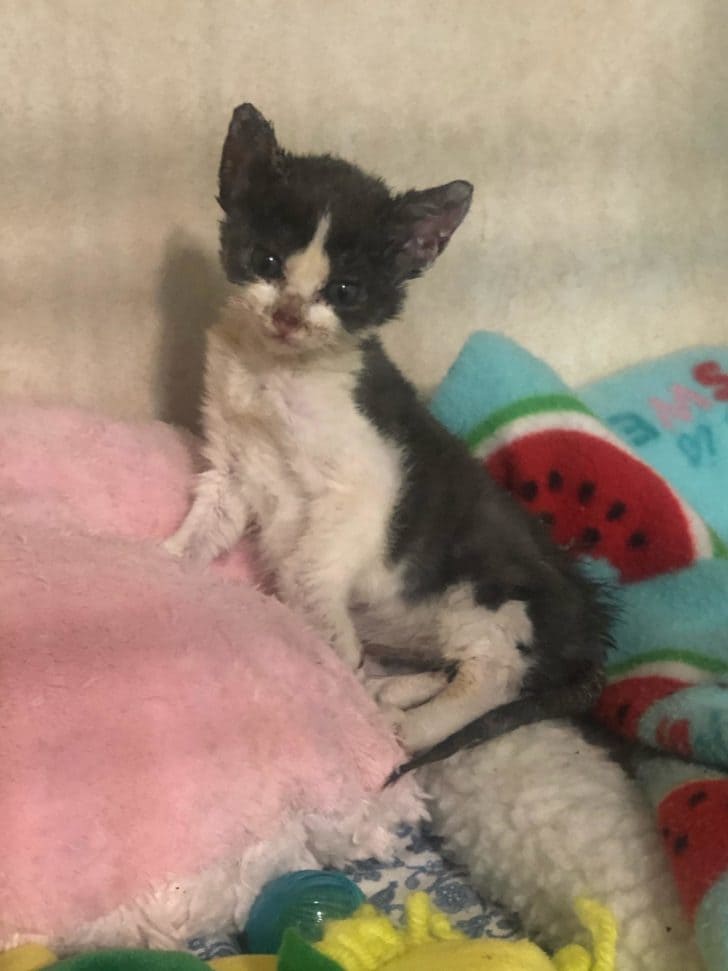 She spends most of her time being loved on by the staff and volunteers at the rescue. At night, she stays with one of the vet techs for some one-on-one attention.

Despite the extent of her injuries and traumatic past, she simply loves to be hugged and held. She wanted nothing more than someone to hold her. 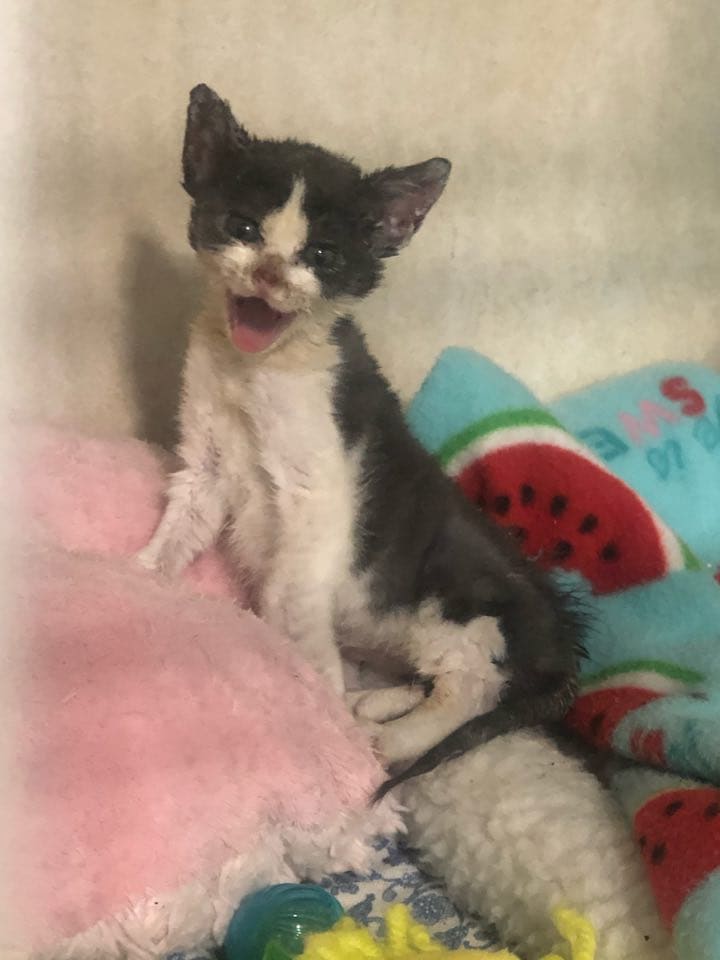 Each day the rescue updates a post on her success. She continues to heal and seems to get cuter and cuter! 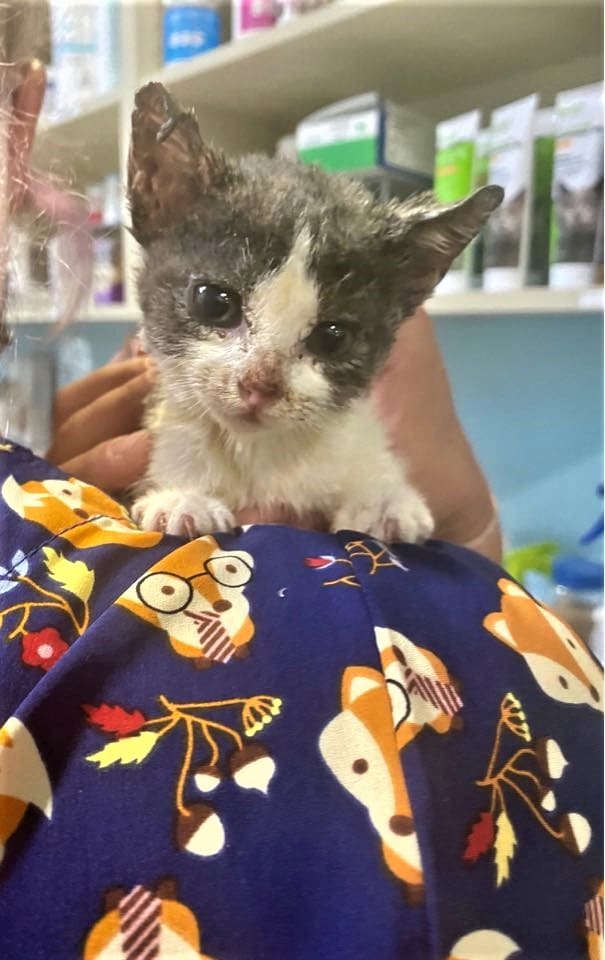 “Blaze update! She is still doing well considering all she has gone through. She is off the IV catheter and the areas were she is burned is starting to come off (natural part of healing from burns). She’s in good spirits. Eating well and all she wants to do is be held and loved!”

If you like this story, please share it with your friends and family members! Don’t forget to follow The Little Angels Project online and support all the animals in their care.