Have you ever seen an animal breaking into your home or garden? These furry intruders can brighten up your day without warning. But there are some mischievous guys that intrude offices and working places. These two sneaky raccoons in today’s post are an example. The “gang” break into a bank in California. Scrolling down to know more! 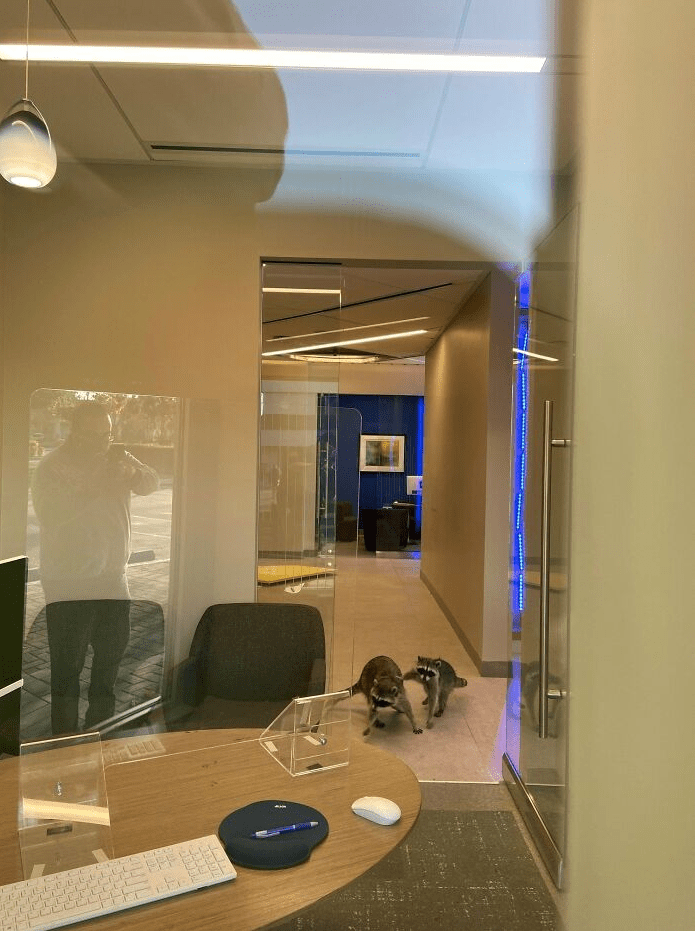 This incident happened a few days ago. Two sneaky raccoons were caught “stuck” inside a closed Redwood city bank located in California. They were spotted by a man who was using the bank’s ATM. At first, he thought that they were stuffed animal toys. 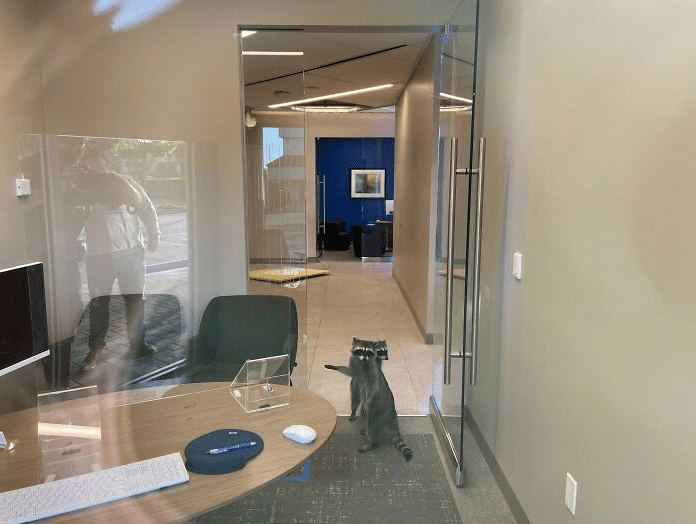 Later, the team of Peninsula Humane Society and SPCA came to the bank and rescued these two trash pandas. The bank managers opened the door and let the rescue team into the bank. It took them about ten minutes to chase these sneaky raccoons around the bank. Finally, they shooed them outside. But the hilarious thing was that the intruders didn’t want to leave the bank. 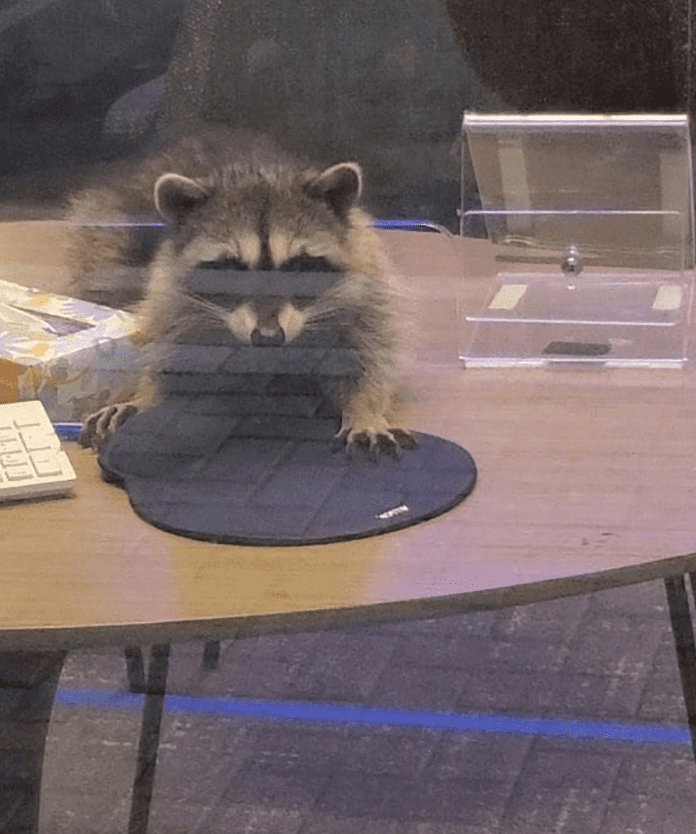 These sneaky guys often show their adorable little faces when caught red-handed. The natural criminal mask seems not to relate them. All we could do is to forgive them.

Buffy Martin Tarbox, Peninsula Humane Society and SPCA’s Communications Manager spoke about how these two raccoons broke into the bank: “There were muddy pawprints on a tree outside the bank, so we suspect the raccoons climbed the tree to the roof of the bank, and then somehow managed to crawl into the air ducts and fell through the ceiling tiles onto the floor of the bank.” 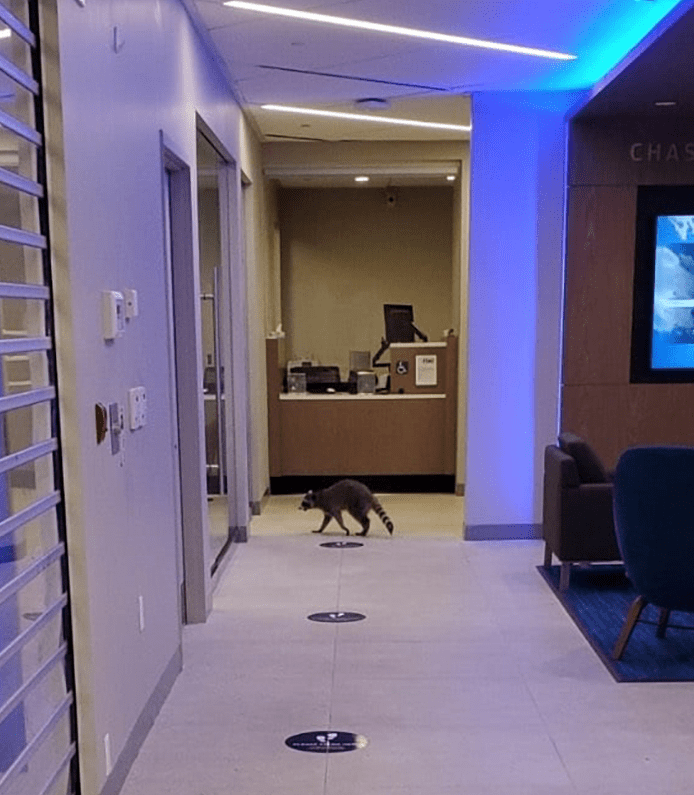 “There were several broken ceiling tiles, and the masked bandits knocked papers around and even a computer over.” He continued. 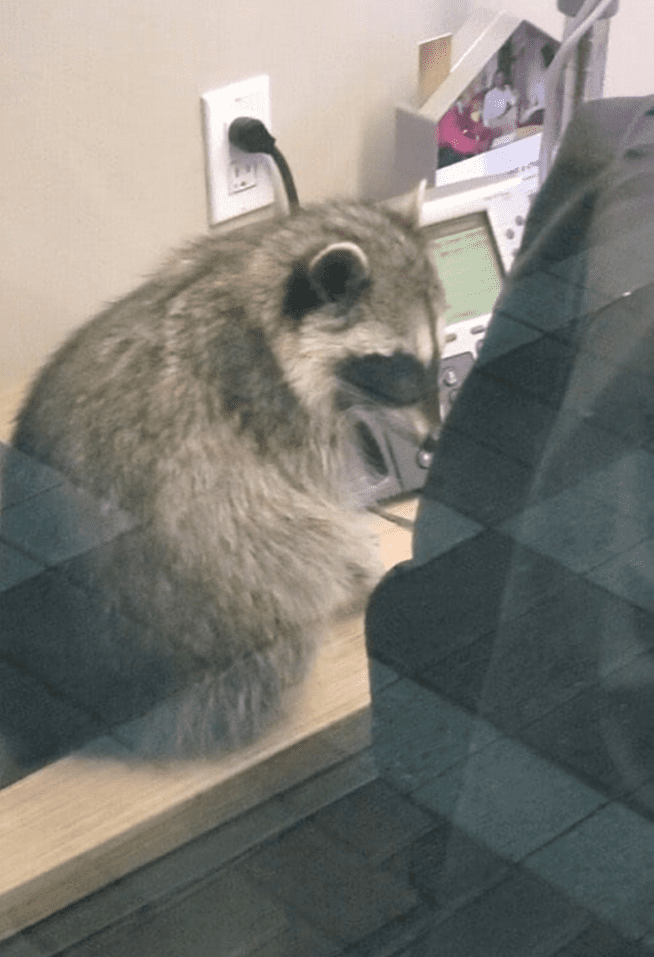 The animals can sometimes put humans around them into half-laughing, half-crying situations, right? If you love this story, just share it with friends and family. Have fun!