If you are an animal lover, nothing makes you cry more than hearing a story of a helpless animal that is abused. And this story is no different. However, you should read on for the full story because the ending will make you cry with happiness. 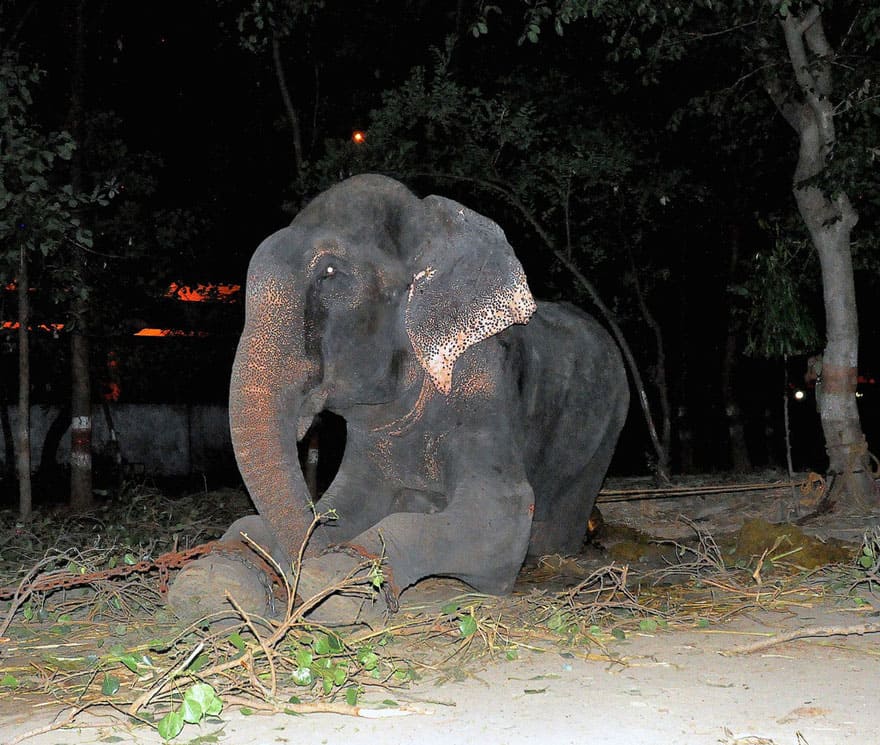 This heartbreaking story is about Raju, a poor elephant from India who had spent nearly 50 years in captivity entertaining tourists and guests of his owner in the Indian state of Uttar Pradesh. 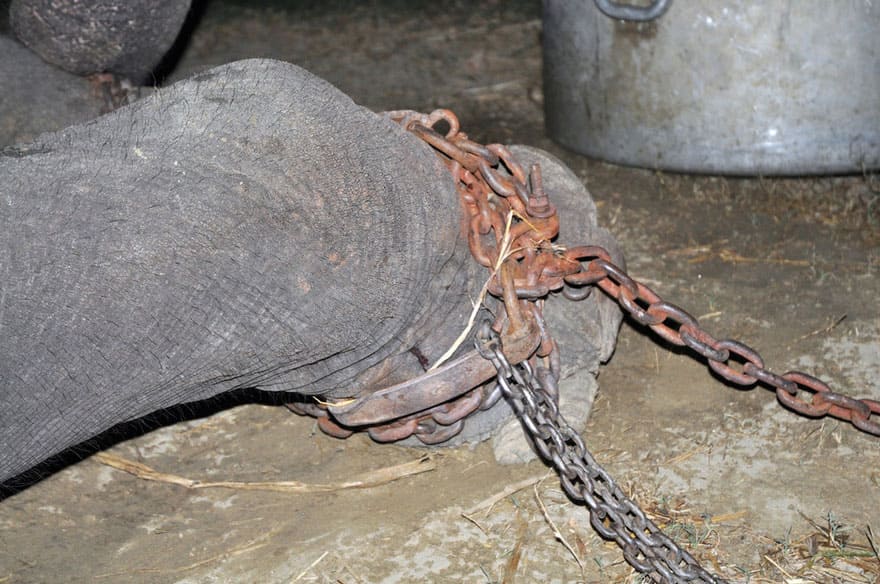 Raju had an incredibly rough life in the past. He was poached from his mother, was thrown from one owner to another, was left living in terrible conditions with no shelter at night, and being used as a beggars prop all day long. He was left bleeding from spiked shackles around his legs and living on hand-outs from passing tourists. 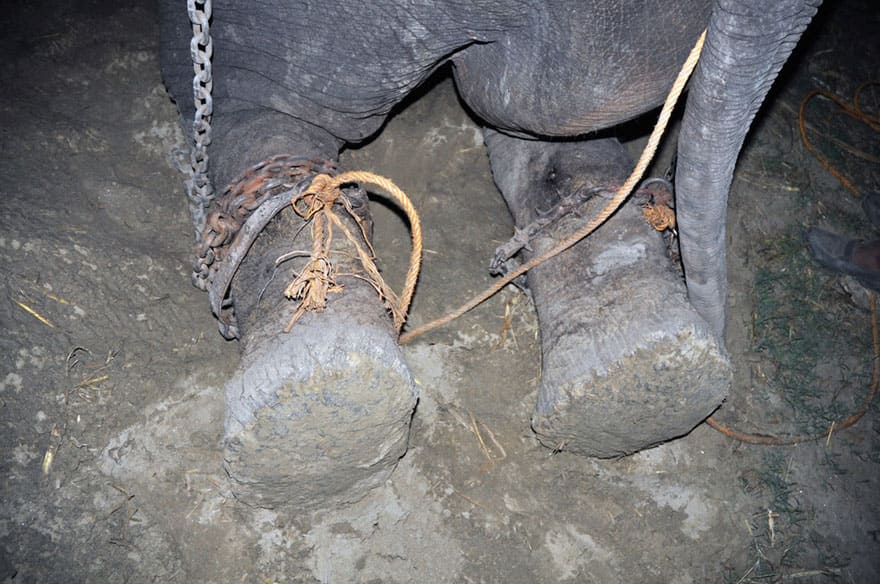 A wildlife organisation SOS-UK could not stand the injustice and decided to release Raju from his suffering in a daring midnight rescue operation — on July 4, Independence Day. Ten vets and wildlife experts from SOS-UK along with 20 officers of the forestry department and six policemen came to rescue the poor elephant. 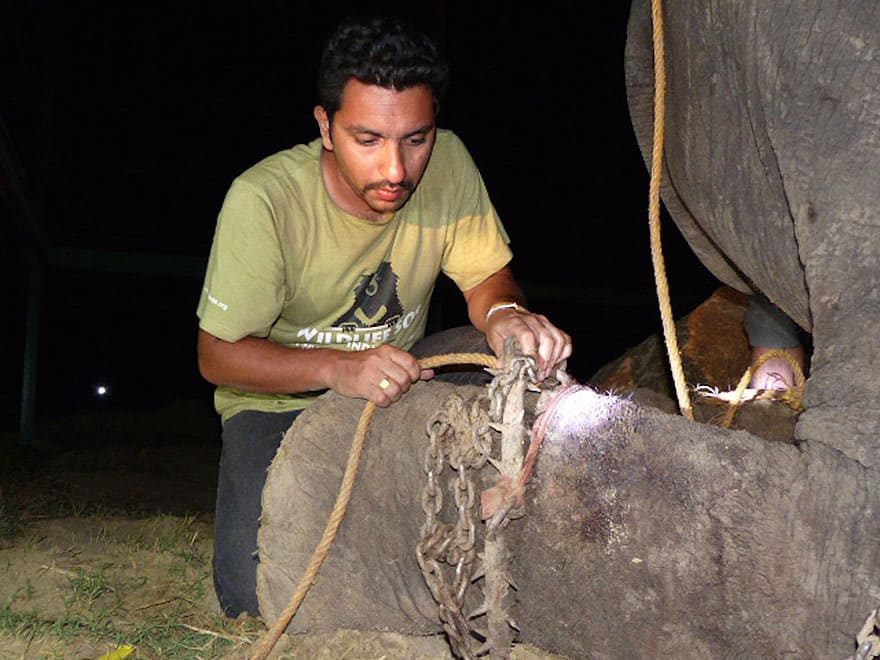 After realizing that his suffering will soon be over he cried tears of joy. “Tears began to roll down Raju’s face. Some no doubt were due to the pain but he also seemed to sense that change was coming. He felt hope for the first time” – a rescuer said. 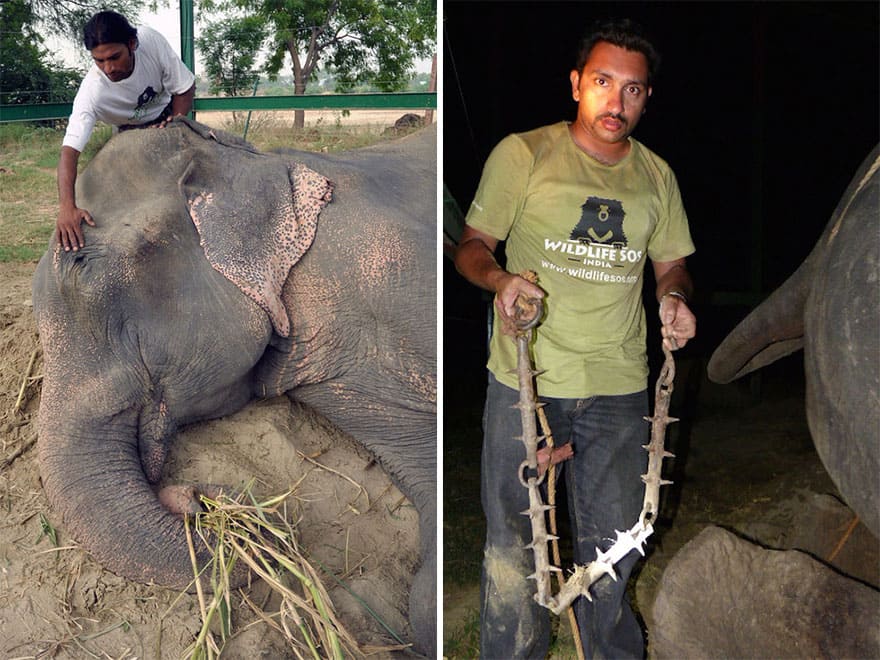 The chains were so tightly wrapped that it took 45 minutes to release him. He was so exhausted he could barely move. Raju took his first steps of freedom on July 4, finally tasting what independence feels like. 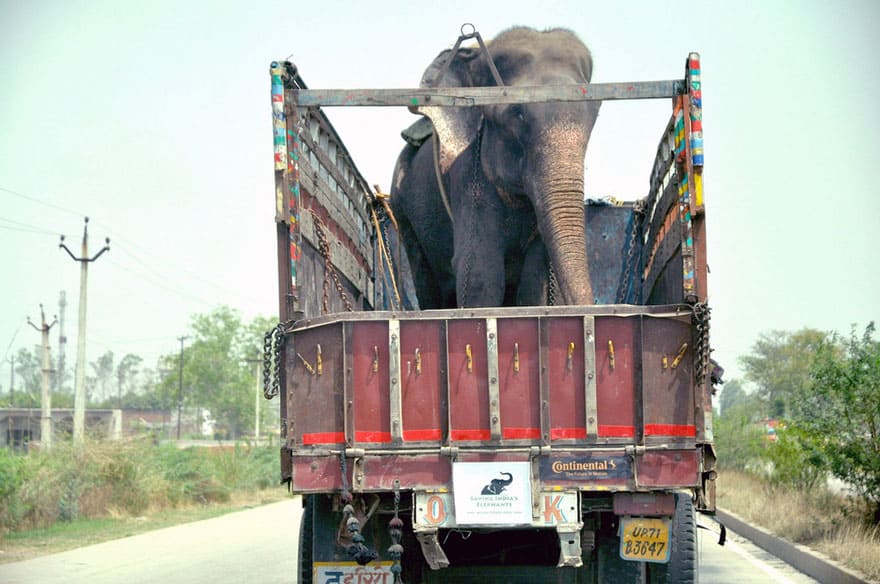 For 50 years of suffering and abuse, Raju was saved and was driven to the charity’s Elephant Conservation and Care Centre at Mathura. Raju got his happy ending, and he will spend the rest of his life in peace. Here is Raju after his rescue — he is recovering as well as could be expected. 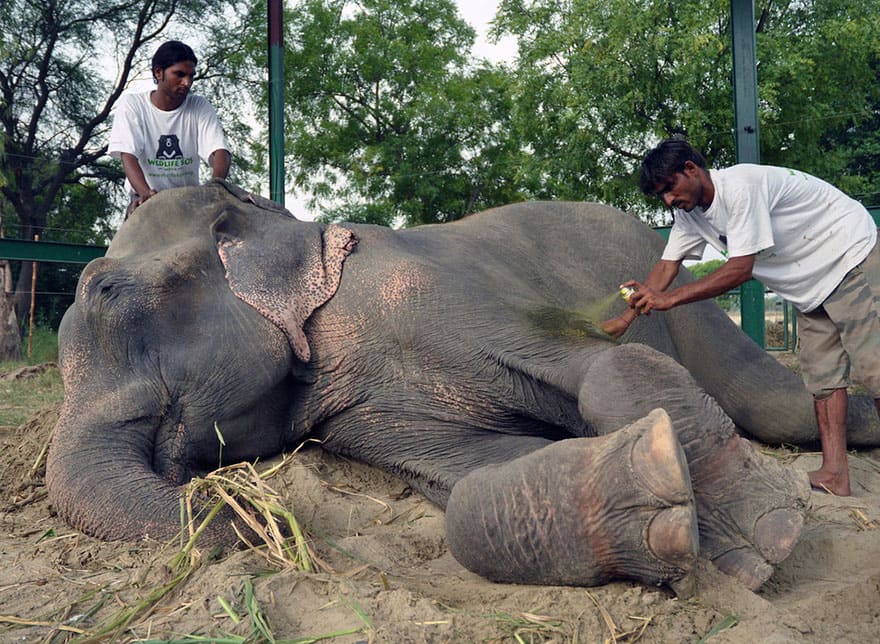 Be sure to share this powerful story to help others to understand that we should be kind to animals! 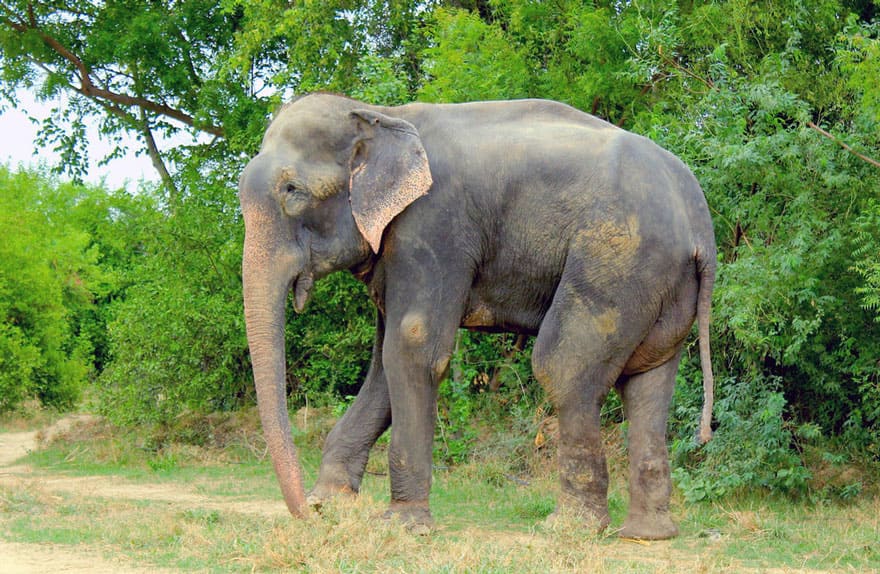 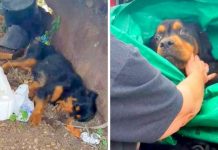