Have we ever done something that we instantly regretted and realized it was a bad decision? I think that regret happens to all of us at least once in a lifetime, and surprisingly this feeling is not unique to just humans.

This three-month-old-puppy named Marshall who managed to escape from his roof in Spokane, Washington, but immediately regretted his decision. When he realized that he had made a huge mistake, so he tried going back into the house. First, he scratched on the door, and then he used his nose to ring the doorbell a few times.

The whole scene was captured by a surveillance camera and thankfully, someone heard Marshall and opened the door to let him back into the house. Take a look at the video below, you’ll see the adorable Marshall pup struggle to get inside.

Please share to pass on this story to your friends or family member! 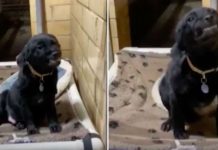 Rescued Puppy Smiles At Everyone He Comes Across At The Shelter 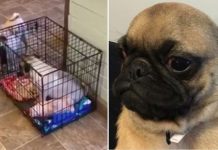 Pug Tricks His Sister Into Her Crate And Then Locks It 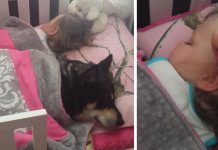 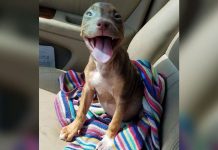 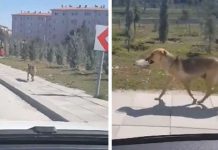 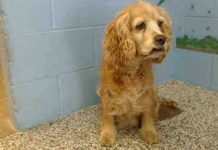 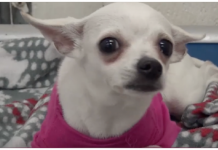