As an animal lover and the director of the Humane Society of Northwest Louisiana, Courtney Wingate always tries her best to rescue and help animals, especially animals in need. For this reason, when being informed of the situation of three rescued Lab puppies, she called volunteer Sarrah Walton, who rushed to meet the pups and give them a second chance in life.

Walton is a big LSU fan, so she decided to name the pups Joe, Burreaux and O after the quarterback and coach of the school’s football team. 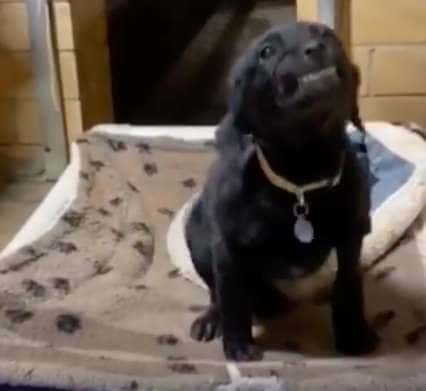 When Walton took care of the dogs, she started noticing that Burreaux had the most charming smile she’d ever seen. Whenever someone talked to him in a high voice, telling him that he was a good boy, the pup would immediately smile. He even flashed his little teeth in a big grin.

“It’s whenever you’re talking real sweet to him … he gets this smile like he wants something,” Walton told The Dodo. “[It’s] like he’s telling you, ‘Come pet me, come love me.’” 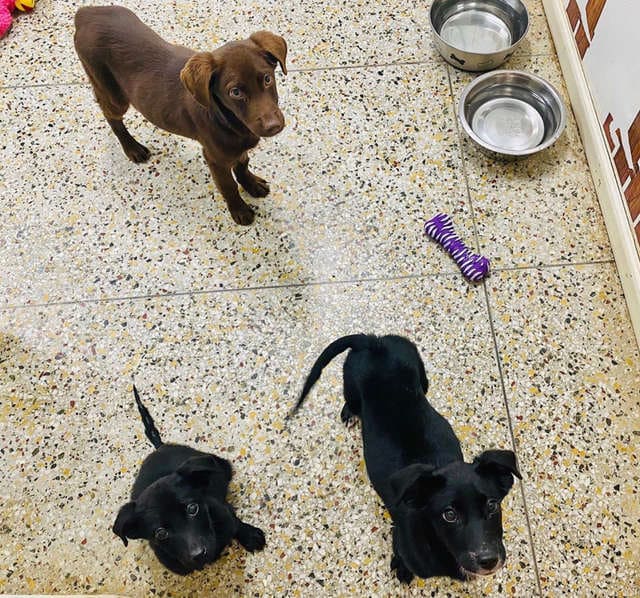 When the dogs were ready to look for their forever homes, the rescue shared a video of Joe playing fetch on social media. A good person fell in love with her talent and immediately adopted her.

“The entire litter was friendly and sweet and they like to play,” Walton said. “Burreaux and his sister are starting to learn fetch, too.”

In order to help Burreaux find a forever home, Walton and Wingate decided to show off his special talent in a Facebook video. In just a few days, the video of Burreaux’s big grin has went viral and gained 40.000 views. But despite his new online fame, Burreaux and his sister are struggling to find their forever home. 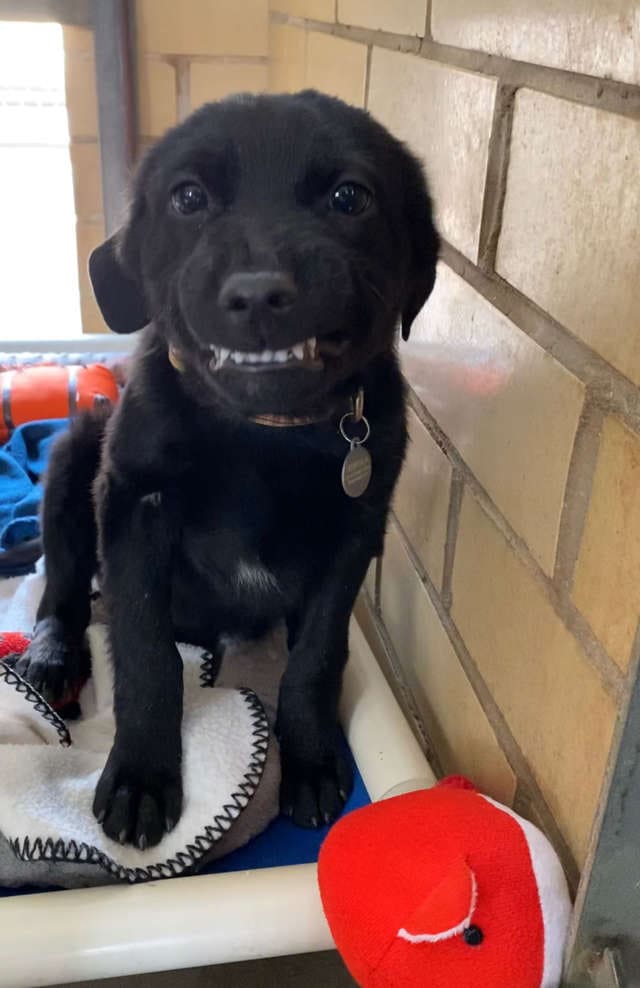 “He wasn’t as good at fetch as his brother, but he was a sucker for sweet talk. And we were thinking, ‘Burreaux wants a home so bad that he’s always smiling, trying to cute it up,’” Walton said. “So we took that video and now it’s going viral.”

You can watch the cute video of Burreaux here:

Burreaux begging for attention 😬❤Oh and this smiler still needs a homeMore information and an adoption application on hsnwla.com

Posted by Humane Society of Northwest Louisiana on Saturday, February 22, 2020

We hope that Burreaux and his sister will find a home and a loving family soon. If you are interested in adopting Burreaux or his sister O, you can fill out an application on the Humane Society of Northwest Louisiana’s website.

Love this story? Feel free to share it with your friends and family members!