There are lots of different reasons can bring on headaches such as stress, dehydration, flu or “a spider”. It sounds crazy but this is a true story of an Indian woman when she discovered her headaches were indeed being caused by a spider living in her ear.

According to Lekshmi, after waking up from an afternoon nap on her veranda, she felt “slight discomfort” in her right ear. Suspecting some sort of obstruction, she tried to dig around in her ear with her finger but wasn’t able to feel anything.

After she complained of a headache and a tingling sensation inside her head, her husband rushed her to Columbia Asia Hospital in Hebbal, India. The horrifying moment was discovered and was filmed by doctors. “I was terrified as I could feel [the] movement of a creature in my ear. The acute ear ache followed by sharp pains suffocated me,” Lekshmi recalled.

This is a disturbing moment when a live spider crawls out of a woman’s ear.

“I couldn’t think of anything and was petrified when the doctor confirmed [the] presence of a spider in my ear.”

Thankfully, everything is fine and the spider doesn’t cause any risks to Lekshmi’s health. 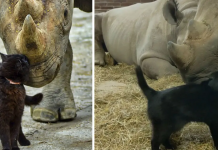 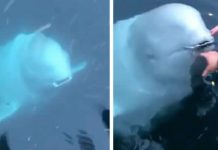 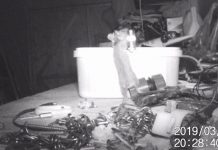 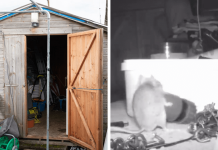