What is that you are willing to do for the sake of your friends’ safety? A group of stray dogs did everything they could in order to help a member of their pack, but to no avail. What they did next was sort of amazing.

Some kids were goofing around the abandoned park when they saw the dogs coming their way. It was obvious the canines were disturbed because of something and they were desperately trying to make the teenagers follow after them.

Luckily, the boys realized something serious was going on and the dogs were just trying to alert them and after hesitating a bit they headed after the worried creatures.

Soon after, the teens realized how one of the dogs’ friends found itself in trouble. The poor dog fell into one of the pools that was full of water because of the heavy rainfall that struck the city the previous day. The dog was desperately trying to get out but didn’t have any strength left.

The teenagers assumed how it spent a lot of time stuck in the pool judging from his condition. It was way too exhausted and frightened. 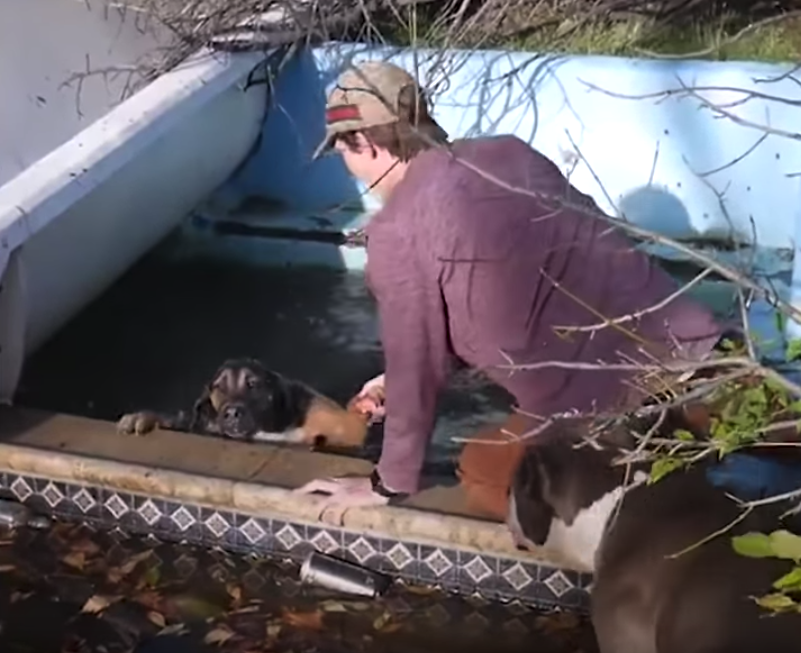 Thankfully, the boys stepped in and were willing to lend a helping hand. Shortly after they spotted the weakened dog, they managed to get it out of the pool.

If it wasn’t for the dogs who wouldn’t just leave their pal behind, and the kind boys who were willing to get involved in the rescue, who knows what would have happened to the dog in trouble.

We are glad there are still people who know that every life matters.

Boy comes outside to find the tiniest shivering puppy