The story today will be one of the most powerful examples of animal friendship we’ve ever seen. Meet Charlie, an 11-year-old golden retriever lost both his eyes to glaucoma and his best friend Maverick, a 4-month-old puppy.

At first, Charlie’s world went dark after he had to remove both eyes. Thankfully, he has adapted well to being blind and still loves to play and take walks. Recently, however, he began to slow down and be less excitable.

Charlie’s adoring owners, Chelsea Stipe and her husband used to live in Lancaster, Pennsylvania, but now reside in Mooresville, North Carolina. They brought home a puppy named Maverick to help Charlie and everything began to change for the better.

The two dogs quickly became inseparable friends. Although Charlie and Maverick may be different, it clearly hasn’t hindered their friendship. Charlie’s spirit has blossomed anew in the light of a new friendship.

“Charlie has definitely been more playful and puppy-like since Maverick came around,” Stipe told The Dodo. “We’d buy him toys and he wouldn’t think about playing with them. Now, they’re just constantly playing with each other.”

Maverick may only be a few months old, but he seems to understand Charlie’s difficult life. So, he follows Charlie wherever he goes, and he helps his blind friend find his food bowl and his bed, nudging him whenever he goes off-target.

“He knows Charlie is different,” Stipe said. “He’ll put toys in front of him. He’s very aware, when Charlie starts to move, to be on the lookout for him. When they walk together, Maverick helps keep Charlie in line.”

The appearance of Maverick on Charlie’s life has shown that joy and happiness still lie ahead on the road they’re now on together. Maverick became Charlie’s eyes and they’re always together! 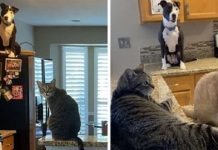 This Rescue Pit Bull Thinks He Is A Cat, And His Family Keeps Sharing Pics That Prove It – Paws Planet – World Animal... 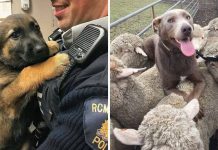 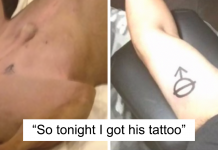 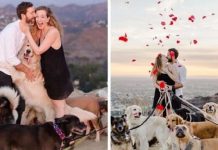