Stanley is a sweet dog who was adopted by Sam Clarence from a bully breed rescue in Christchurch, New Zealand. He was found living on an abandoned property with his mom and his siblings. 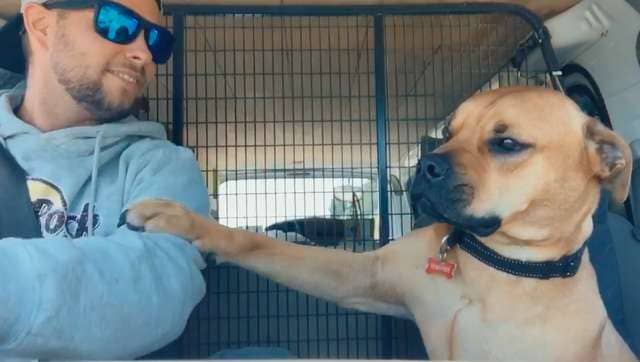 Sam met the painfully shy Stanley for the first time when he volunteered as a dog-walker in a nearby shelter. He was approached about looking after the dog for a few weeks, so he took him home. However, as soon as Clarence laid eyes on Stanley, he knew that the dog was going to be a “foster fail”. 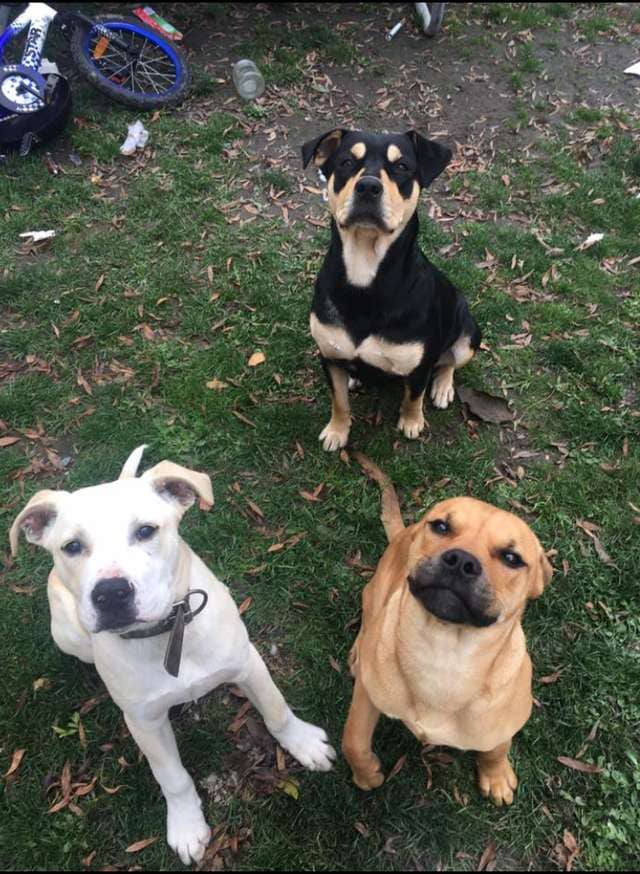 When he first arrived, the dog was scared, shy, and skittish, and understandably so – he’d had a rough life in the past. But now, Stanley is always close by his dad and refuses to let go of his dad’s hand. He loves his human so much. 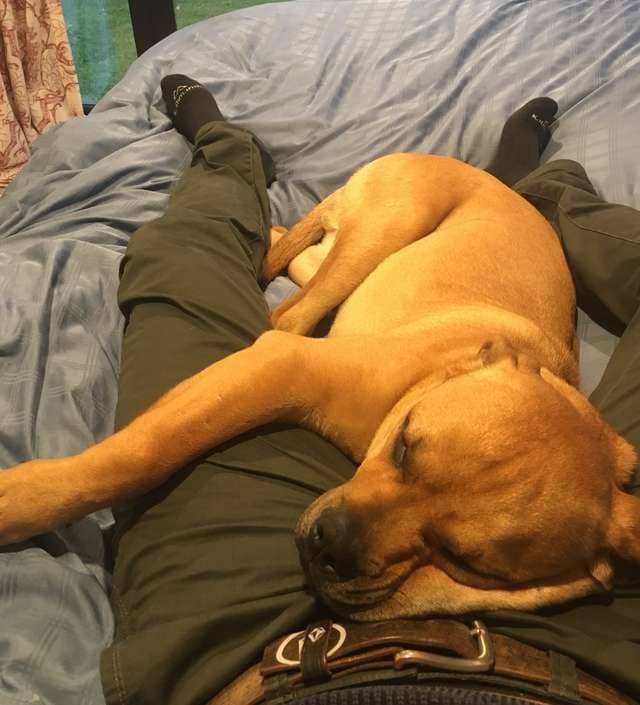 “He was terrified when we got home and it took him an hour to slowly come out of the car,” Clarence said. “Once he got out, I gave him a big bath, some food and a comfy bed in front of the fire.” 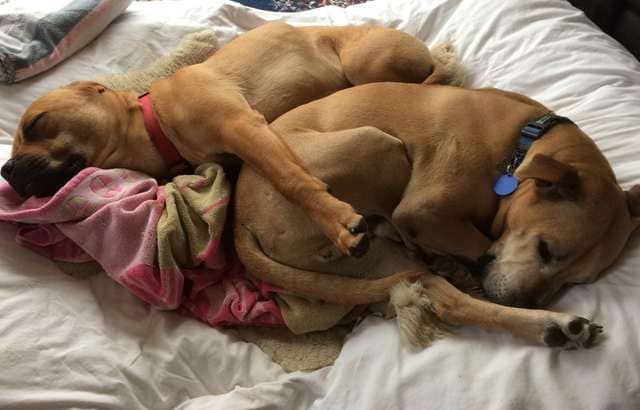 Finally, Stanley came out of his shell and became a sweet and loyal companion. Although Stanley is now an older pooch, that couldn’t beat his special love for his dad. Stanley still loves holding Sam’s hands all the time, playing, watching TV or even sleeping.

Click here to see the incredibly sweet video of Stanley holding on to Sam’s arm!

His affection for his dad is the sweetest thing we’ve seen today! Please share the story of this sweet pup with those you love! 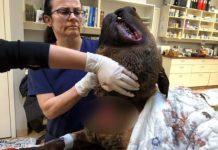