On Wednesday, June 19th, a couple named Anthony John Lenerdo and Nina Yoakum were on their way to the dentist when they spotted a bright orange Tide Pods box on the side of the road. The couple thought that there was something wrong, so they went to check out. After getting out of their car, they saw a kitten’s head pop out of the box and a tiny black kitten appeared from behind the garbage. 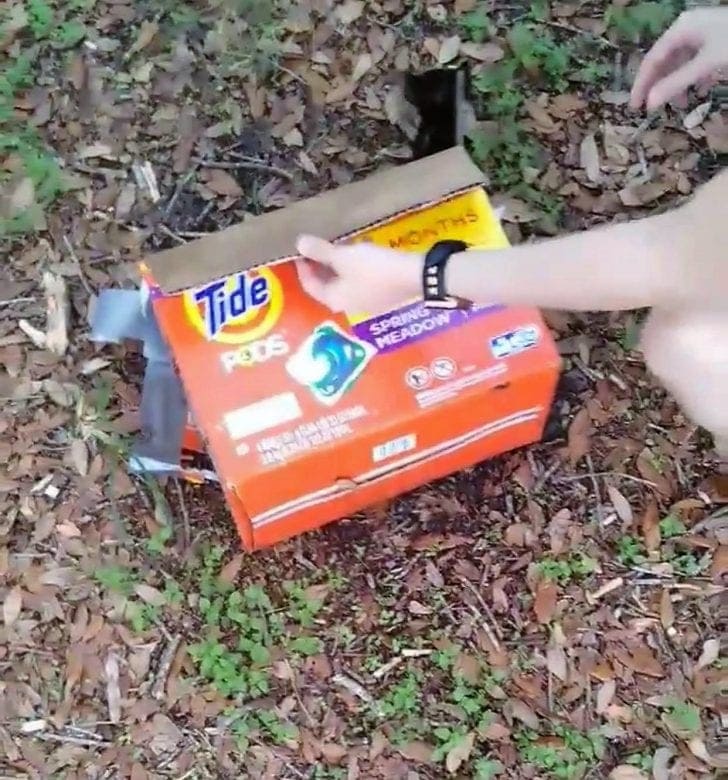 Nina and Anthony rushed to the box and ripped the tape off. The couple guessed that the kittens had been discarded in the taped box. The kitten by the garbage could escape the box, but the other one hadn’t been able to get out because there is no way to escape. 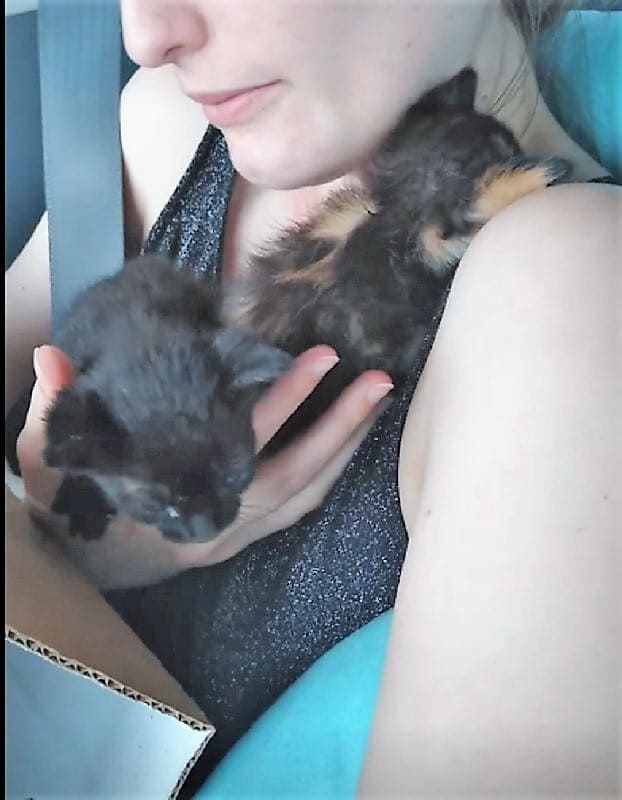 Nina and Anthony picked the two kittens into their car. Then, they checked the area to make sure there weren’t any other kitten escapees. Finally, they found one more Calico kitten wandering around. After putting three kittens into the car, the couple quickly took the cats to the nearest shelter. 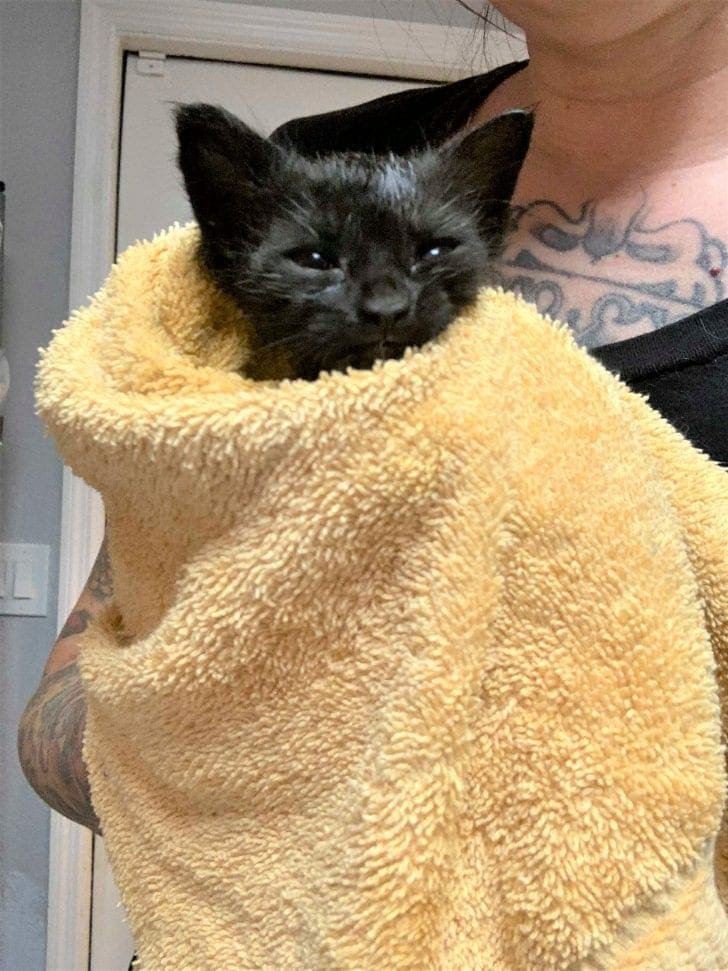 The shelter gave the cats food and water and confirmed that they were healthy. Unfortunately, they didn’t have space for the kittens, so Nina and Anthony brought the kittens their home and took care of them. 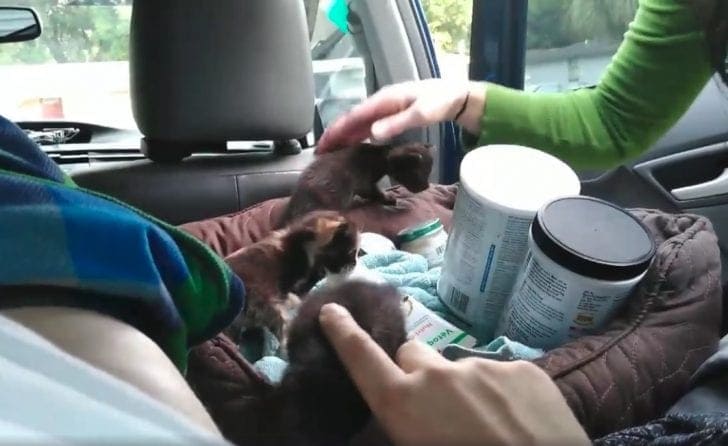 “These kittens are severely underweight. They are about 4 weeks old and only weight 9.1,9.1, and 9.6 pounces. That’s about as much as a two-week-old kitten, so they went sometime without their mom and food.” 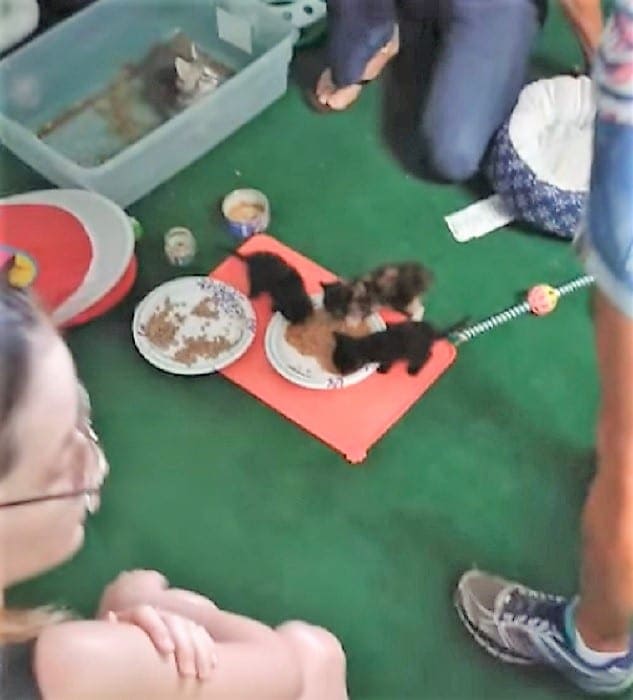 Sadly, Nina was allergic to cats, and she couldn’t keep the kittens herself, so she decided to find a good home for them. She posted some photos and the story of kitten siblings on her Facebook page and hoped that someone could adopt them. 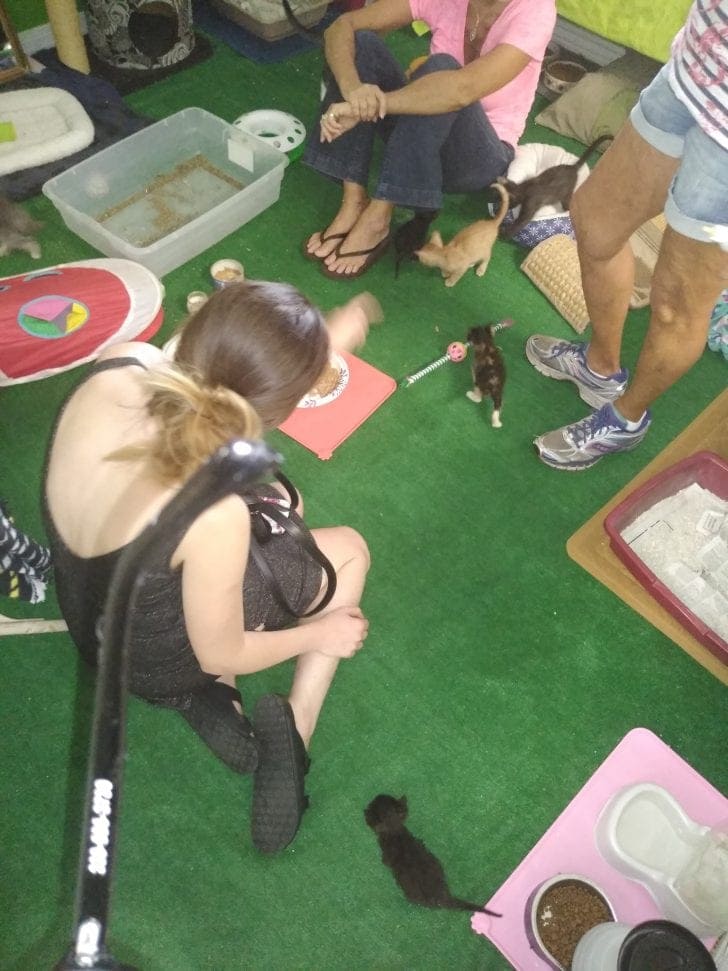 Thankfully, a local cat rescuer named Dani the Cat Lady saw the post and offered to give them a home. The kittens quickly moved to Dani’s home. Dani loves all kittens and cares for them every day. 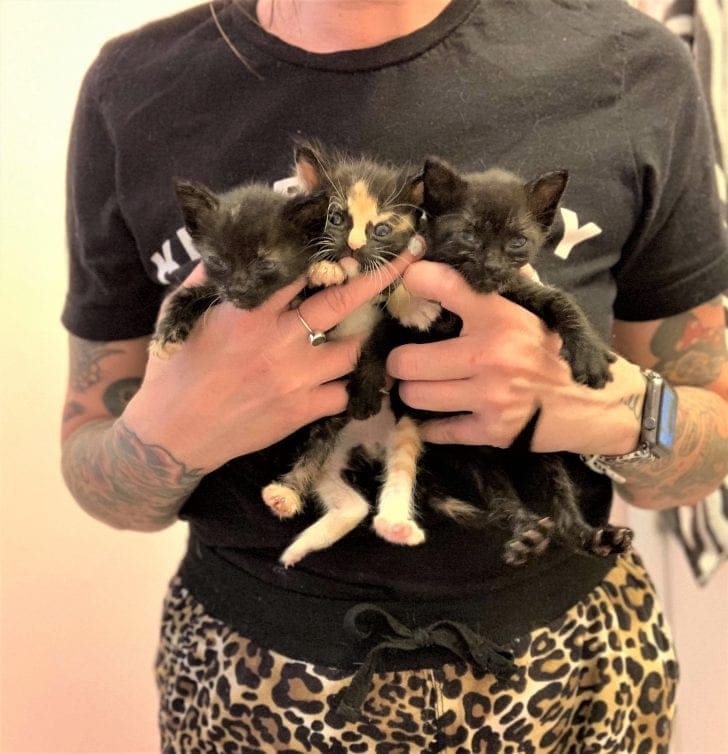 Amazingly, the kittens are doing great and are on the road to recovery. They’re growing quickly, and they’re also getting along with Dani’s other rescue kittens. All cats had a difficult life in the past, but they now have a great place to call home. 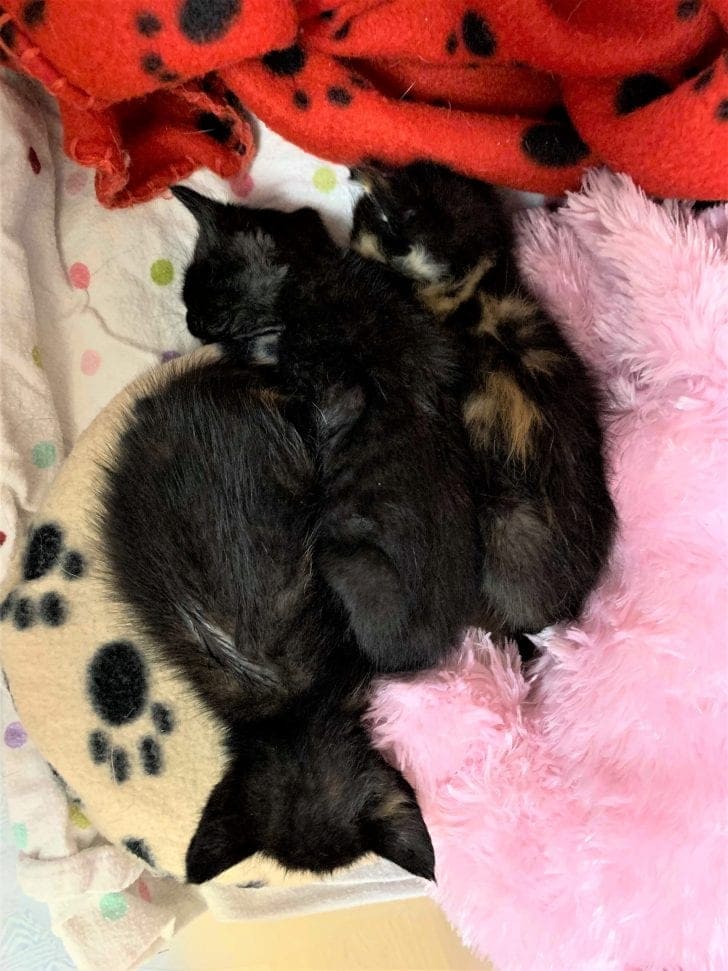 Dani, Nina, and Anthony are the kind people, who always help the poor animals and give them a chance to start a new life. If you want to see more photos of the kittens and Dani’s other cats, you can visit her Instagram page. Dani is still deciding on names for the kittens, so don’t forget to follow her account to update more information and pictures of the sweet kittens. 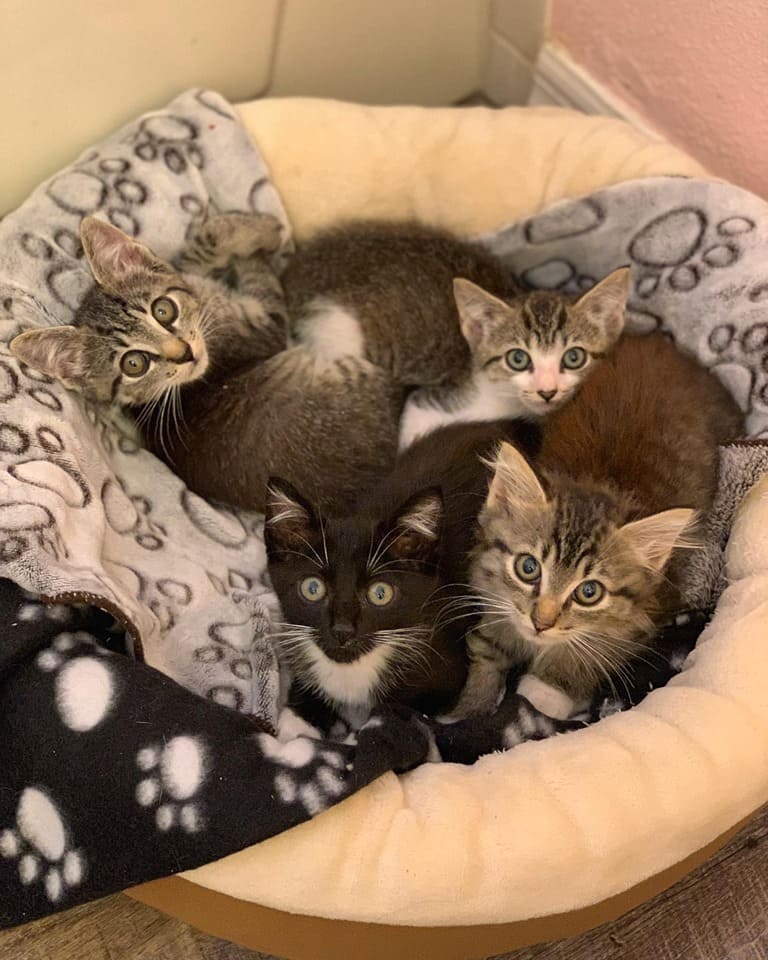 Feel free to share this story with your friends and family!